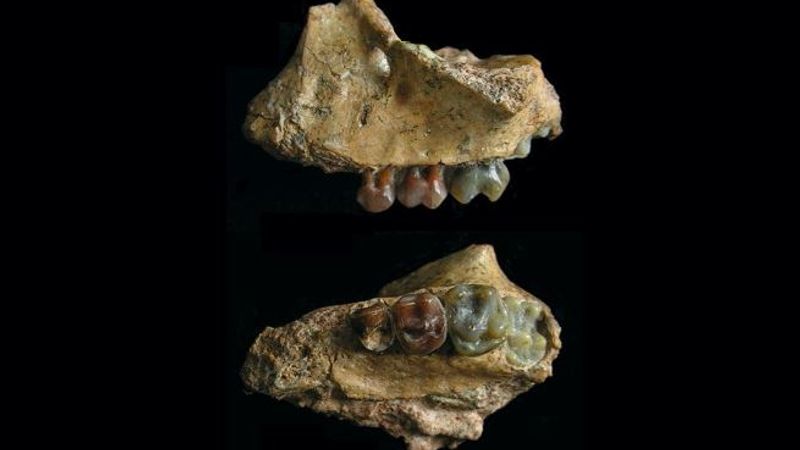 A new study in the Journal of Human Evolution discusses an interesting discovery. According to the research team behind The earliest hylobatid from the Late Miocene of China, they found the oldest fossilized gibbon specimens at a site in southwestern China. The fossils are anywhere between 7-to-8 million years old.

The study explains the gibbon fossil as 'Yuanmoupithecus xiaoyuan, a small catarrhine from the Late Miocene of Yunnan in southern China, was initially suggested to be related to Miocene proconsuloids or dendropithecoids from East Africa, but subsequent reports indicated that it might be more closely related to hylobatids.'

Hylobatids are a family of apes, including approximately 20 species of gibbons and a black-furred gibbon called the siamang. In a press release regarding the discovery, Terry Harrison, Professor of Anthropology and New York University and one of the paper's authors, gave the following statement:

Hylobatids fossil remains are very rare, and most specimens are isolated teeth and fragmentary jaw bones found in cave sites in southern China and Southeast Asia dating back no more than 2 million years ago. This new find extends the fossil record of hylobatids back to 7 to 8 million years ago and, more specifically, enhances our understanding of the evolution of this family of apes.

The fossil was excavated from the Yuanmou area of Yunnan Province in China and is said to be a close relative to living hylobatids: according to Harrison. While a great discovery, Harrison detailed how the new fossil won't completely clarify the evolutionary history of primates. 'Genetic studies indicate that the hylobatids diverged from the lineage leading to the great apes and humans about 17 to 22 million years ago, so there is still a 10-million-year gap in the fossil record that needs to be filled.'