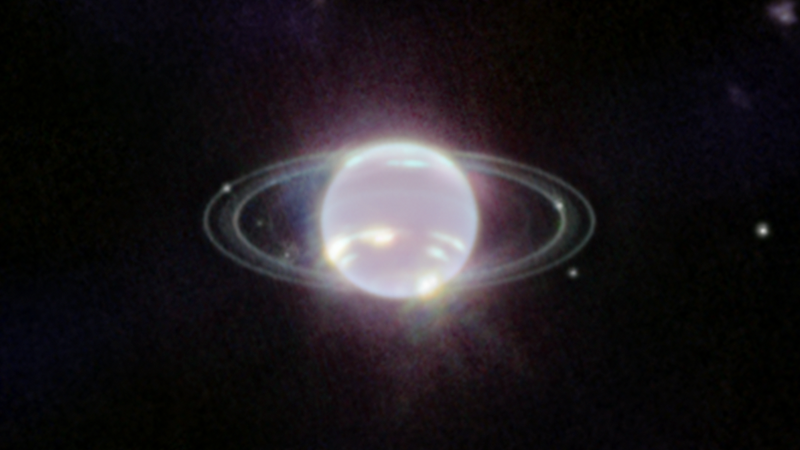 Thanks to the James Webb Space Telescope, astronomers and ordinary folks like you and I have gotten a much closer look at the cosmos. Most recently, NASA has shared some compelling and awe-inspiring glimpses of the most distant planet in our solar system.

Neptune, which is larger than all but two other planets orbiting the sun, can be seen in all its glory thanks to the so-called near-infrared capabilities of the Webb telescope. According to the experts, it is this technology that gives the planet its bleached-out look.

Since Neptune’s methane-rich atmosphere is able to swallow all of the red and infrared light in its surrounding, all that’s left is the stark white outline shown in the latest images of the planet itself.

Perhaps the most compelling aspect of these photos is the fact that the planet’s rings are visible in unmatched detail. Here’s what you need to know about this unique feature:

But the massive rings are not the only reason for Neptune fans to be excited. The powerful telescope also sent back images of half of the 14 moons believed to circle the gaseous planet.