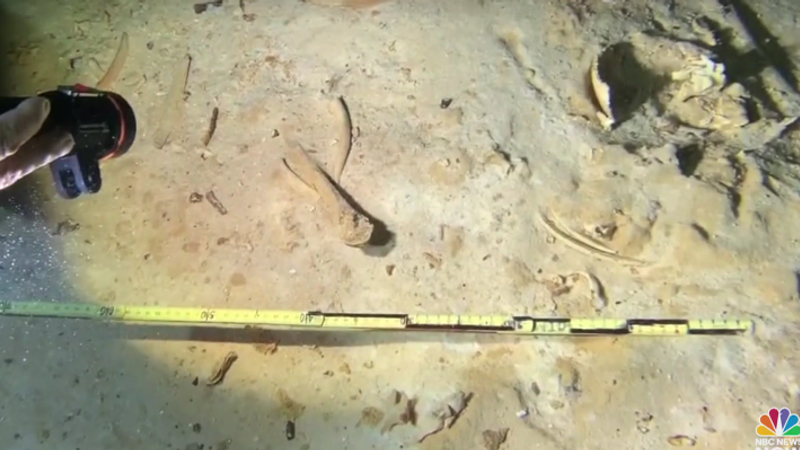 Archaeologists near the Caribbean coast of Mexico reported a historically significant discovery while diving in a cave where the government hopes to eventually construct a high-speed rail system.

Octavio Del Rio and Peter Broger said they found a broken skull alongside a skeleton buried underneath sediment deep in the cavern. Since it was so far from the cave’s entrance, experts say it must have been there since the end of the Ice Age, at which time the cave flooded.

As for why the prehistoric human ended up in that remote location, Del Rio said that’s one of the details that is still up for debate.

“There it is,” he said. “We don’t know if the body was deposited there or if that was where this person died.”

The remains were buried under about 26 feet of water and the discovery was roughly one-third of a mile away from the entrance. There have been several other incredible remains found in other caves throughout North America and in this region of Mexico, specifically.

Some critics of the proposed train project say it could threaten the untold historical artifacts still buried and hidden across the area.

For his part, Del Rio has a history of working with the National Institute of Anthropology and History and has made the organization aware of the recent find.