A lost fragment of a Dead Sea Scroll was discovered where? 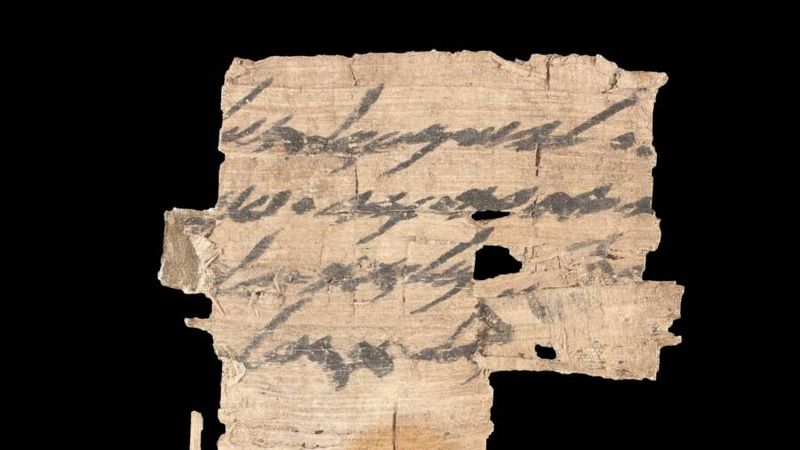 The fragment was in the home for approximately 60 years.

A lost fragment of the Dead Sea Scrolls was found in a Montana home. According to the story, a woman who traveled to Israel approximately 60-years-ago acquired the fragment during her trip.

Ben-Gurion University Professor Shmuel Ahituv became aware of the existence of the rare fragment while working to complete the book of her late colleague, Ada Yardeni, who was an expert in ancient Hebrew script.

Ahituv then alerted Eitan Klein, the head of the Israel Antiquities Authority's Theft Prevention Unit. Klein was able to track down the son of the fragment's original owner. That individual told Klein his mother picked up the fragment during a visit to Israel in 1965 while on a Christian mission trip. The woman worked with several people associated with the Dead Sea Scrolls and managed to acquire a fragment (curiously, it is unknown how). She took the fragment home with her to the United States and framed it.

The current owner agreed with the Israel Antiquities Authority to bring the scroll to Israel and donate the rare fragment of papyrus. If there was a deal worked out, or if the family acquired the fragment through illegal means -- it's being kept quiet by all parties involved.

"Returning this document to Israel is part of our ongoing efforts … to protect and preserve the cultural heritage of the State of Israel, a heritage that belongs to all its citizens, "Klein said regarding the incident.

In an interview with the Daily Mail, Klein continued his explanation, "The legal and worthy place for this artifact is in the IAA Dead Sea Scrolls Unit, and we are making every effort to retrieve additional fragmentary scrolls located abroad, and to bring them to Israel."

The discovered fragment is said to be 2,700 years old.