Ukrainians Mock Putin With A Parade, Was He Invited? 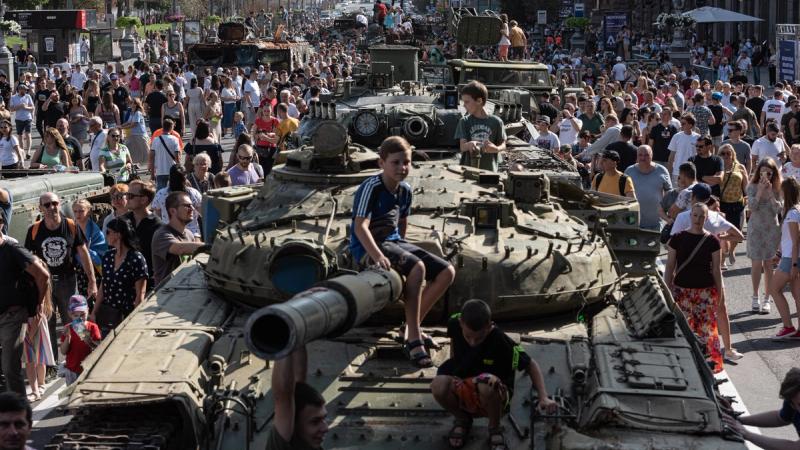 People in the Ukrainian capital of Kyiv took to the streets over the weekend to mock the words of the undemocratically elected Russian President Vladimir Putin -- who infamously said he expected to take Kyiv in three days after launching the 'special operation (war)' against Ukraine.

Well...that didn't happen, did it? In fact, as Early Chirp reported extensively, the Ukrainian defense has surpassed that of the 2000 Baltimore Ravens in its ability to hold off Putin's army and launch effective counteroffensives.

Oh right. How did Ukrainian citizens mock Putin? They posed with destroyed Russian armor, including a tank. Right, not just one tank, but dozens of them.

What Brought This On?

Other than the war Vladimir Putin and his inner circle insist on continuing the plight of Ukrainian and Russian citizens (the latter get arrested for publicly saying anything against his invasion), Russian military officials planned on throwing a military parade in Kyiv after it quickly fell.

I must ask one more time, that didn't happen...did it?

A lesson learned here is that hubris can lead to one underestimating the resolve of those they attempt to conquer.